The renovation of this Tudor home demanded respect for its 1920s origins. We sought inspiration in architect Grosvenor Atterbury—who developed Pocantico Hills for the Rockefellers in the early 20th century—cleaning up the exterior with an eye toward authenticity. A symmetrically pitched roof replaced the entry’s catslide roof, which had cast the house in a storybook Thomas Kinkade mold. Slate tiles on the entire cross-gable roof, stonework and half-timbering impart a more elegant demeanor. We gutted and reconfigured interiors, deploying higher levels of finish on architectural details while discreetly incorporating period-sensitive neo-Gothic door openings, shiplap paneling and wood-framed windows painted black to resemble steel. 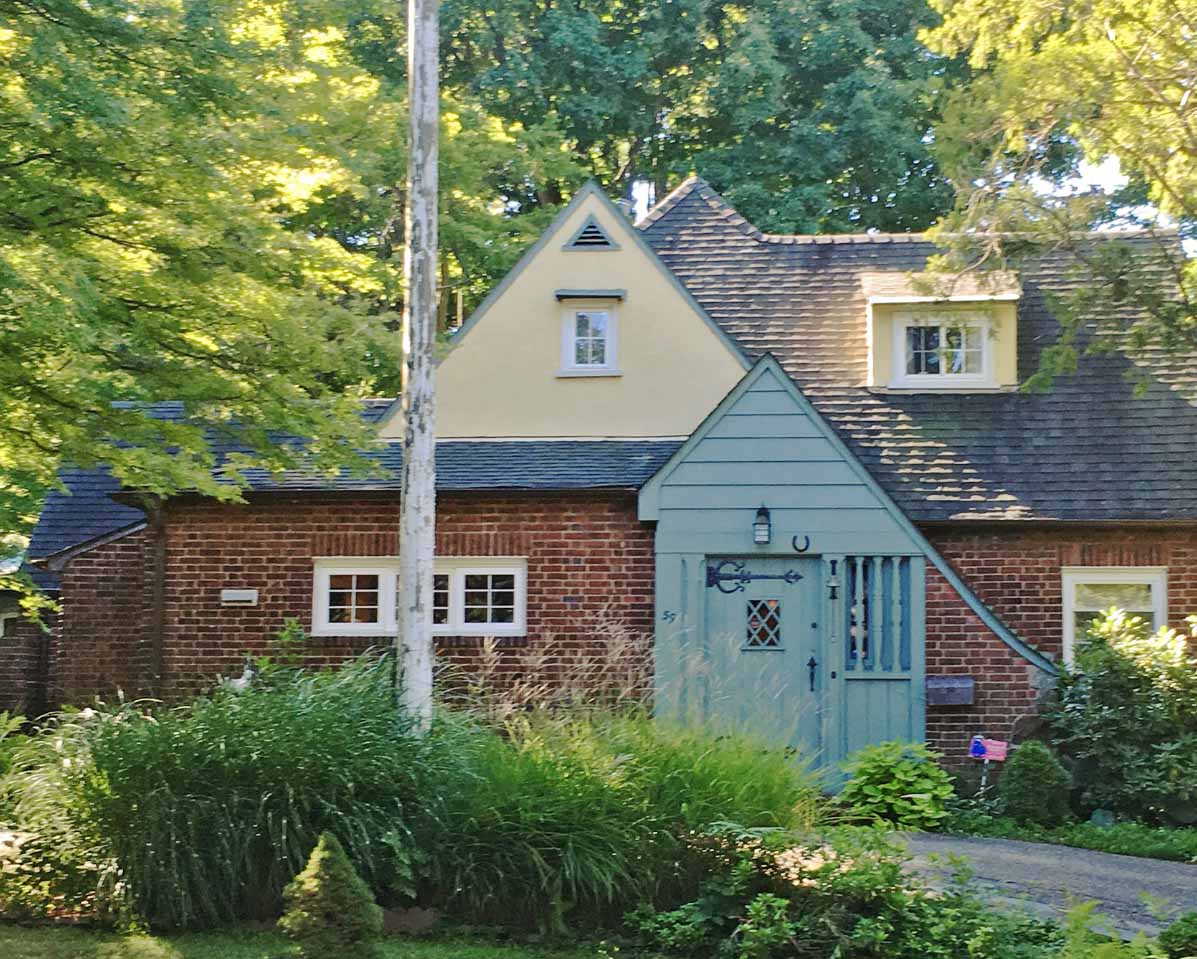 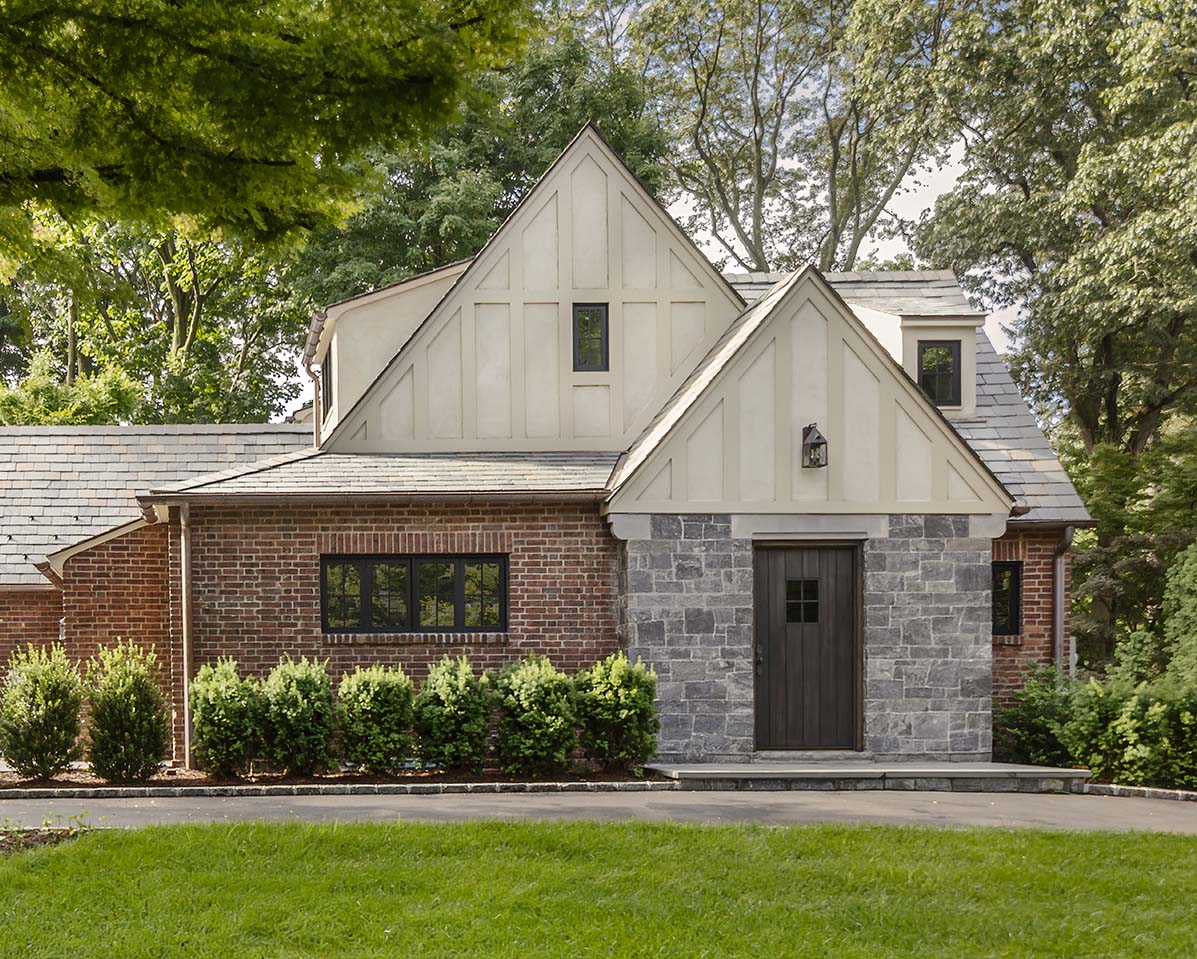 Use slider to see before and after.